Zoology is that branch of science which deals with the study of the animal kingdom.The branch deals with the structure, embryology, evolution, classification, habits, and distribution of all animals, both living and extinct. For someone who is interested in making a career in Zoology will be required to deal with both the existing, dead and quite possible the extinct species of the animal kingdom.

This a great career interest for people who are fascinated with nature and would not mind spending time understanding it. There are several specializations that the students pursuing the field can venture into.  There are physiologists that study the metabolic processes of animals, then there are taxonomists who deal with the naming and the classification of the animal species, one can think of becoming embryologist whose only job is to study and focus on the early stages of the animal life. So similarly there are many such options that one can venture into depending on his / her capabilities and interests.

On choosing this career, the person specializing in the field will be referred to as a zoologist. On being a part of this field, one will be carefully have to study the behavior, characteristics, evolutionary trends of the different species of animals and those factors having a direct impact on them.

One can specialize in various fields within Zoology;

Some of them are listed as follows: 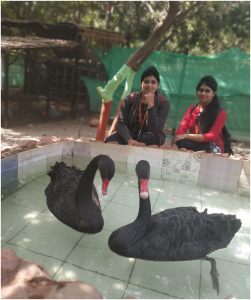